“Of course I’d known about Piaget before I met him. In fact, just about a month before I met him I had quite a violent fight with a friend about how bad Piaget was. Until I met him I focused mainly on the Piaget who speaks about what children can’t do – they can’t learn this or that because they are not yet at the right stage. At our first encounter Piaget asked me what I thought about [English mathematician and philosopher] Bertrand Russell. The conversation became a debate about an argument between Russell and [French mathematician] Jules-Henri Poincare. Somehow Piaget brought children into it, and I thought, “What does this have to do with a child?” It suddenly seemed very heroic, and not only was Piaget being the hero, but so was the child! That he brought children into a debate about philosophical guiles opened my eyes. Lots of things came together. A month before that I’d seen Piaget as the structural theorist of what children can’t do, and suddenly there was this person who wasn’t restricting but was promoting the child to a philosopher.”

For years I had a terrible 53rd generation photocopy of this article. So, when I recently found a copy of the October 1985 issue of Omni Magazine for sale on eBay, I snapped it up and scanned it for academic purposes. That’s right, there was a major feature-length interview of Seymour Papert in a magazine owned by Bob Guccione! 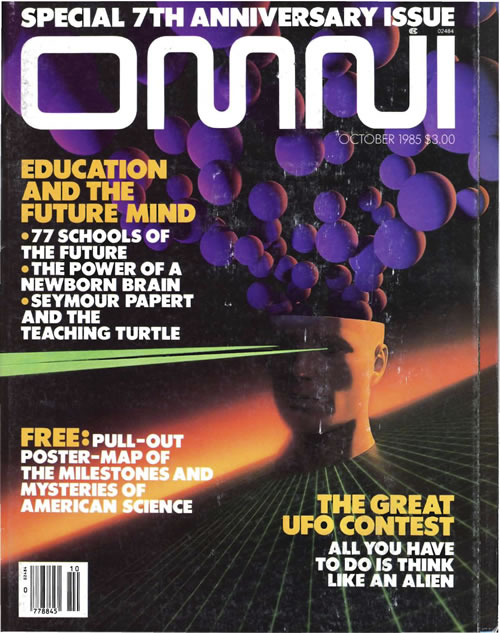